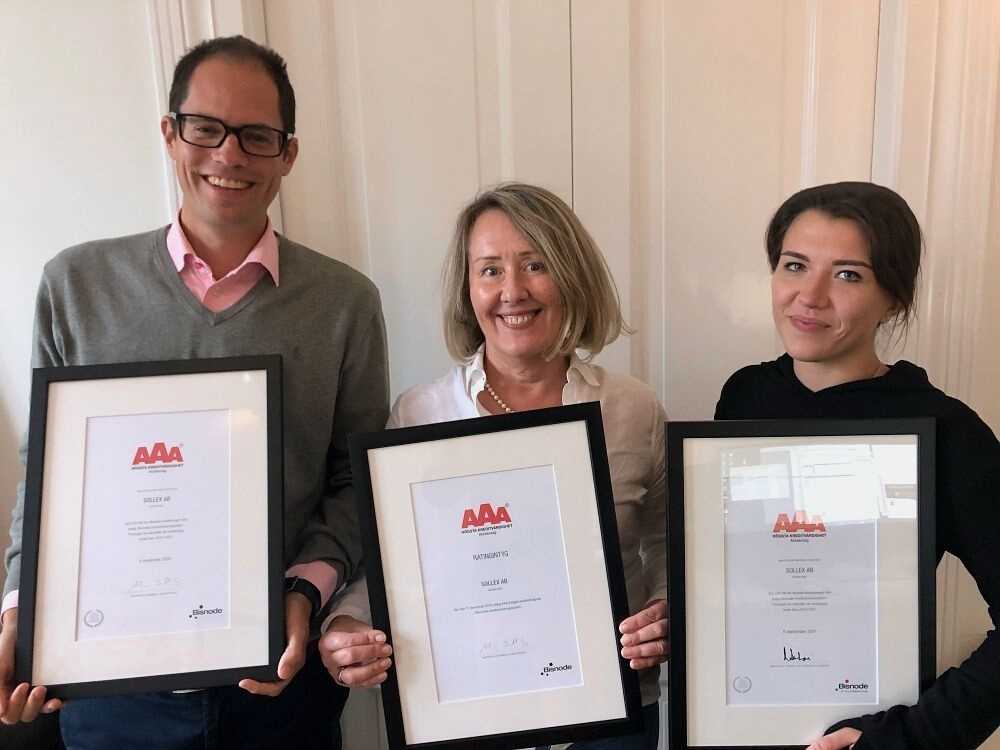 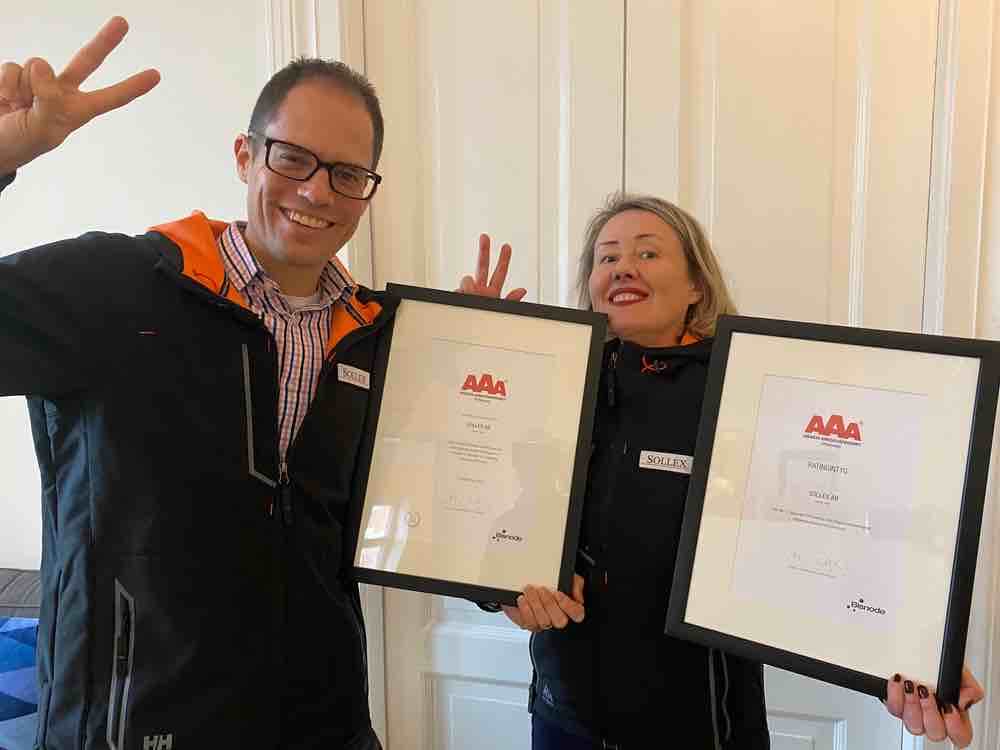 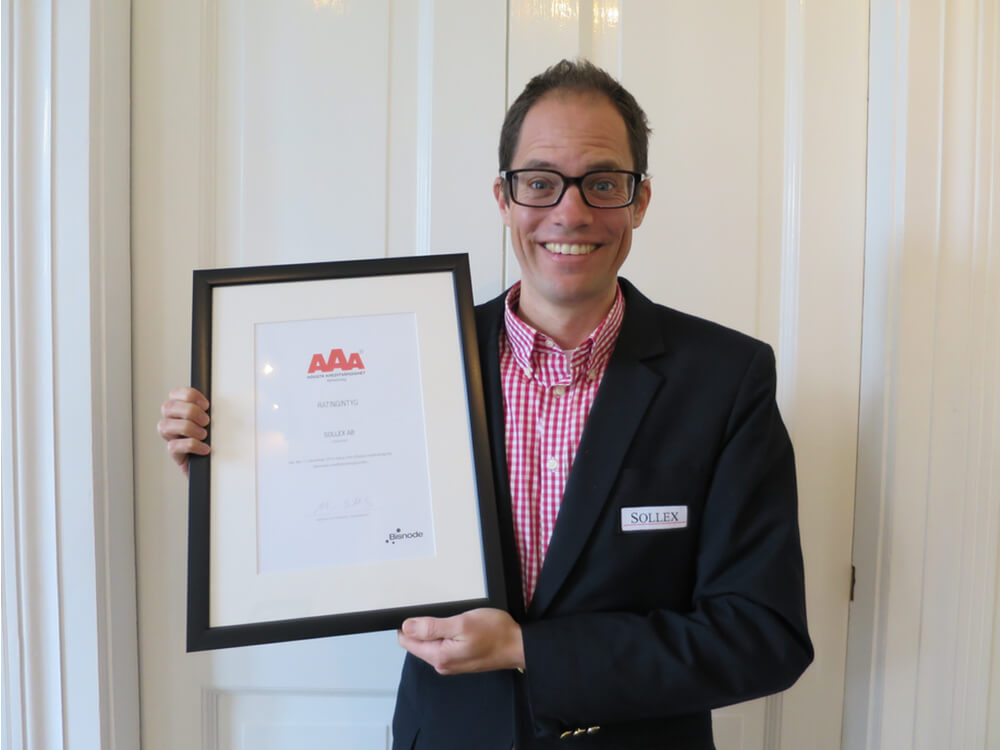 Sollex is one of the very few Swedish limited companies with an AAA rating. Companies and staff are proud of our high credit rating. It is based on Bisnode's credit rating system which rates companies' ability to pay based on a set of decision rules.

All of the company's key metrics are above the industry median. Not everyone can get AAA which means Sollex does the best in the industry. So according to Solidity, we can beat our chest and be proud of our business.

Today Alexander from UC called and told us that Sollex this year again earned the UC Gold Shield: Risk Class 5 - Gold Seal. This means the highest level of creditworthiness. The UC Gold Shield is UC's highest award and means that the company handles everything from supplier invoices, customer and government contacts. All information is submitted on time.

According to UC, Sollex has a 0.08% risk prediction of bankruptcy or insolvency. According to Alexander, this means "true and good business spirit". The banks' assessment is that Sollex has the highest risk class 5. Level 5 with very low risk. Green numbers on everything. Profit, EBIT, cash flow and equity ratio are well above the industry index. UC's gold seal is a quality mark for an incredibly strong business. Above industry average on many points according to the tax authorities and the Riksbank.

Sollex, supplier of knives and blades gets AAA rating.

This year again, Sollex AB has been awarded a AAA rating (highest credit rating) in the Bisnode credit rating system.

The other day, Steve from Bisnode called to tell us the good news. This year again Sollex receives Bisnode's AAA rating. In 1989, the Triple-A rating was created by Bisnode. It is Sweden's most well-known credit rating system. AAA is the highest rating for limited companies. The company must have been in existence for at least 10 years, have a turnover of more than SEK 2 million, have equity of at least SEK 200,000, have an auditor and key figures that are significantly above the industry average. Sollex AB has been AAA-rated since 2019-11-26. 585,000 of Sweden's 1.1 million companies are limited liability companies. 4.7% of these are rated AAA. However, only 2.4% maintain the AAA rating from the previous year as Sollex has done. This shows that Sollex AB is both well-established and well-managed.

Sollex, supplier of knives and blades gets AAA rating (again).

Bisnode's Tripple A rating was founded in 1989 and is the most well known credit rating in Sweden. AAA is the highest rating for any Swedish company.  Sollex AB has awarded AAA-rating since 2019-11-26, a rating that only 3% of companies in Sweden gets. This rating shows that Sollex AB is well established and well managed.

Sollex, supplier of knives and blades has AAA rating.

In the 1930s, there were 36 razor blades factories in Sweden. In 2020 there are only two left. In an extremely competitive market, we find it stimulating that Sollex received this fine credit rating.

Blades for film and foil